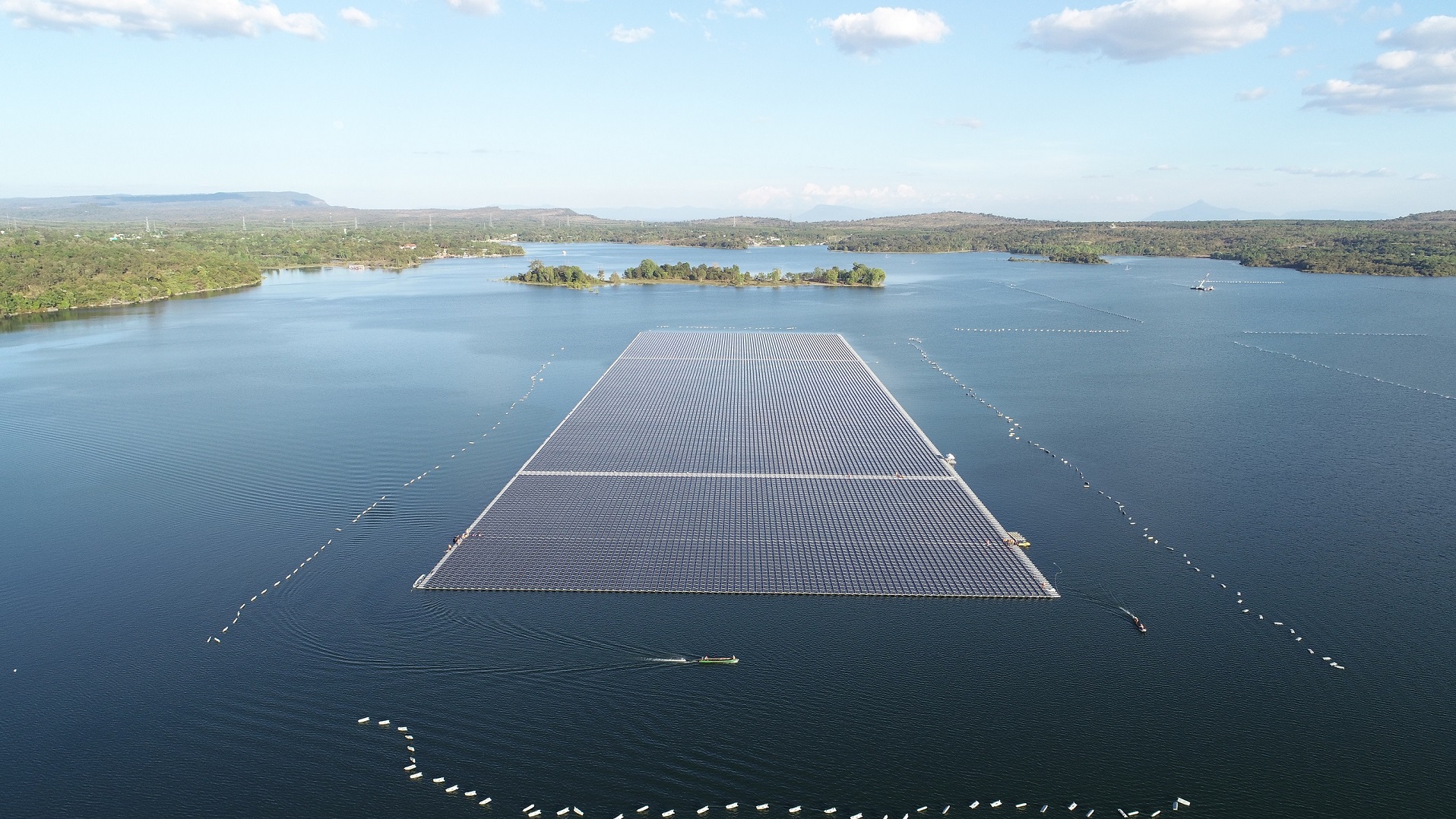 Director of Hydropower and Renewable Energy Development Department Of the Electricity Generating Authority of Thailand accelerate the construction of the solar power buoyancy project Together with the Sirithon Dam hydroelectric power plant In the Hydro-floating Solar Hybrid Project, Ubon Ratchathani Province It will have a generating capacity of 45 MW as part of links to other dams by the Electricity Generating Authority of Thailand, which plans to generate 2,725 megawatts of solar power in line with Thailand’s power development plan. AD 2018-2037 (PDP2018)

Currently, more than 80% of the project has progressed, with solar panels being assembled and installed on the first batch of buoys in the Sirindhorn Dam, completed by the end of 2020, and a total of 7 installations are followed up. Installation of the system was completed in June 2021, the world’s largest hybrid floating solar cell project.

In addition, the Electricity Generating Authority of Thailand is also in cooperation with Ubon Ratchathani Province. Develop this project as an important renewable energy tourism and learning center of the province. Which will construct a Nature Walkway with a length of 415 meters for those who are interested Expected to help promote tourism in Ubon Ratchathani.